Fleas: A Never-Ending Problem In Houston 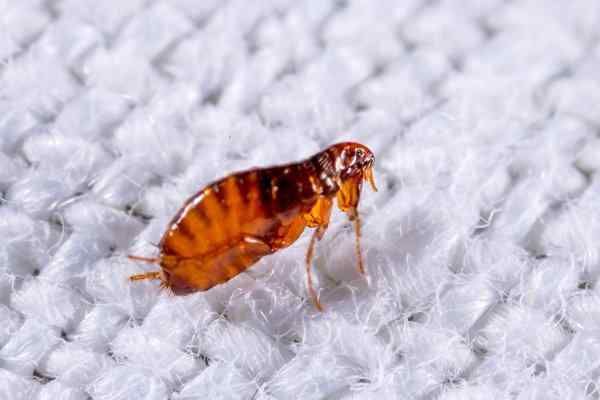 You’ve noticed your dog or cat scratching a bit more than usual. You check them but don’t see anything. The scratching continues—and now biting—and you notice you have a few red, itchy spots on your ankles. You check the animals again and notice tiny black, comma-shaped grains on their skin. Suddenly, a tiny bug jumps, and now you can’t find it. As a pet parent, you take them to your Houston veterinarian and they confirm it. Those reddish-brown, wingless jumpers are fleas.

How Do You Know For Sure?

Those comma-shaped specks in your pet's fur are known as “flea dirt.” Fleas are after blood, and it doesn’t matter if they get it from mammals, birds—or you. Fleas are jumpers of Olympic proportions. They can jump up to 7-inches vertically, and 13-inches horizontally. This is 100 times their own 1/16th of an inch to an 1/8 of an inch length.

What Problems Do Fleas Cause For Animals And Humans?

Some animals have flea allergies. This results in constant biting, hair loss (usually on the back where the tail meets the body), and reddened and scabbed-over skin. This is known as flea allergy dermatitis (FAD). These animals may also develop anemia, which can be very serious.

Fleas can carry and transmit several potential illnesses to humans. These include typhus and plague as well as cat scratch fever, which is an infection with Bartonella that comes via cats. Fleas also serve as intermediate hosts for tapeworms for both animals and humans.

How Do Fleas Fit Inside?

Fleas make their way inside as travelers on pets, or on people. They can be found in the grass or soil, left behind by other animals or birds. They can also make their way into homes via feral cats and other wildlife. Since they survive in the fur of animals, frosts and freezes won't necessarily kill them. Once fleas have invaded, they’re next to impossible to remove using DIY methods and products.

How Do You Remove Fleas?

There’s lots of advice on how to get rid of fleas from your Houston home, from vacuuming every day to setting off bombs in every room. But these only remove one layer of the problem. If the animal is infested and has flea eggs in their fur, despite daily baths, the fleas will only come out the next day. It’s all about the flea lifecycle.

If fleas are left undisturbed without a blood meal, they can live more than 100 days. They generally live two to three months. Female fleas won’t lay eggs until after their first blood meal after which time they lay eggs within 36-48 hours afterward. As a result, your vacuuming and bombing might help remedy some of the fleas but won't take care of the problem completely. It becomes a vicious cycle.

Flea infestations are a serious battle. While home remedies might work over the short term, it’s only putting a Band-Aid on the situation. You should contact your Houston pest control professionals to put an end to the constant onslaught to you and your pets. Reach out to Modern Pest Control today for prompt, effective flea removal services and get back to living in a flea-free home.