The Most Effective Rodent Control Solution For Houston Homes 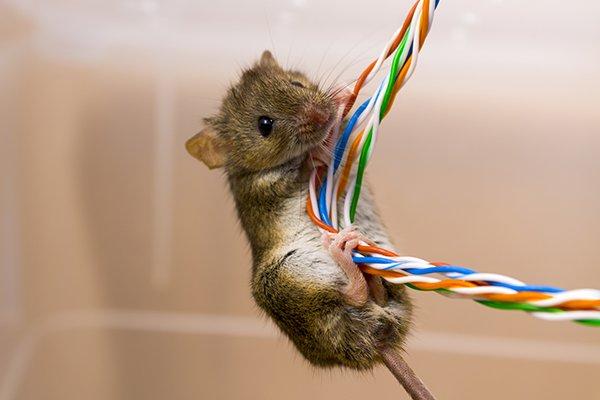 When you think of the many different types of household pests, rodents are likely among the creatures that come to mind. This should come as no surprise, as rodents remain a fixture in the realm of traditional literature, cartoons, and a host of other fictional and entertainment roles.

Many fictional rodents are essentially household names, such as Mickey Mouse, Alvin and the Chipmunks, and the gopher from the Caddyshack movie. However, in reality, rodents are often problematic creatures that plague homes and businesses in addition to many industries, including agriculture, food processing, and farming.

According to data from the Centers for Disease Control and Prevention (C.D.C.), rats and mice both pose direct and indirect human health risks.

For example, the saliva, urine, and feces of rats and mice link directly to various diseases. Indirectly, rodents often carry parasites and other troublesome pests including fleas, mites, and ticks.

How widespread are rodents in U.S. households today? Data from the U.S. Census Bureau indicates that more than 14 million households reported seeing rodents indoors during the past 12 months, which is approximately the same number of respondents that encountered cockroaches. This report further identified property conditions or characteristics that commonly exist in households with rodent problems, including exterior walls that “slope, lean, or buckle,” damage to the roof, broken windows, and more.

Here in Texas, rodents are among the pests that residents will most likely come across. Specifically, roughly 4.3% of residents living in the metropolitan area comprised of Dallas, Fort Worth, and Arlington, and 6.8% of those in the Houston, The Woodlands, and Sugar land areas reported rodent sightings. Recently, the A.B.C. affiliate in Austin, the state’s capital, noted that public health officials explained that the region is struggling with an unprecedented “invasion” of rats that they largely attributed to factors that include new construction activity, the COVID-19 pandemic, and drought.

Rodents are the largest single category of mammals, existing in more than 2,000 various species. Mammals (class Mammalia), a category that includes humans, are warm-blooded animals that produce milk for nourishing their offspring. Mammals are vertebrates that have hair, and all types except the platypus and echidna are viviparous—meaning they bring forth live young.

The word rodent originates from the Latin verb rodere, meaning to gnaw. All rodents (order Rodentia) share a common trait of having upper and lower pairs of incisors (teeth). Incisors lack roots and grow continuously; therefore, rodents manage the length of their teeth and sharpen them by grinding them or gnawing on many of the objects they encounter. Rodents are native to most areas of the earth, except for New Zealand, Antarctica, and a few other isolated regions.

The Natural Science Research Laboratory at Texas Tech University suggests that 71 rodent species exist in Texas. Some of the families within these species include Castoridae, Cricetidae, Erethizontidae, Geomyidae, and others. Rodents are generally strong breeders that will produce several litters each year, which are often composed of more than eight pups.

Rodents are a vital source of food for kinds of predators such as birds, reptiles, and other types of mammals. However, they also create substantial damage to crops, supplies of food, electrical lines, and components used in irrigation throughout Texas.

What are commensal rodents? The term “commensal” is often used when describing rodent pests and stems from Greek meaning “at the table” or “meal companion.” Rodents such as mice and rats have traditionally lived near humans, largely because of the likelihood of accessing sources of food, water, and shelter. Despite being typically wary of humans, commensal rodents are scavengers that will live in crawlspaces, granaries, warehouses, ships, and other environments.

Rodents are particularly a type of pest drawn to areas where humans demonstrate some degree of carelessness or indifference regarding the management of trash. You will commonly see evidence of this phenomenon at sites, including restaurant garbage dumpsters, compost piles, or strewn food around birdfeeders.

Are you a Houston-area property owner looking for a way to get rid of rodents that have infiltrated your home? Rodents are possible carriers of disease, might create property damage, and breed rapidly; therefore, property owners that detect the presence of these pests should promptly speak with a local pest exterminator. An experienced and trained Houston pest control professional understands the most effective rodent control methods and may identify other present conditions that make the dwelling vulnerable to future intrusions.

How To Identify Common Types Of Rodents

In many cases, busy homeowners overlook or fail to recognize signs that suggest rodent activity until a full-blown infestation exists. Based on their nocturnal nature, you might hear rodents before ever actually seeing them—particularly at night. For example, rats or mice may generate sounds of shuffling, scratching, or squeaking, often inside walls or attics.

Look for rodent droppings near baseboards or inside drawers, pantries, or cupboards. Rats often leave dark droppings that measure roughly ¼ of an inch, and mice leave similar, yet generally smaller, waste.

Once indoors, rodents often begin creating nests with materials that exist inside a home. For example, you might notice torn insulation, fabric, or paper products.

There are many different kinds of rodents found throughout the region that will invade structures.

Rodents are associated with a host of diseases that can spread to humans. Diseases can spread through direct contact, such as breathing in contaminated particles, touching contaminated surfaces, being bitten, or consuming contaminated food. Indirect contact may occur when bitten by a tick, flea, or mosquito that contracted a disease from a rodent or by inadvertently eating a host such as a cockroach.

Based on C.D.C. data, some of the most common types of diseases include:

One often overlooked potential consequence of a rodent intrusion is a house fire that might result from rodents damaging electrical wiring within a structure.

How And Why Rodents Find Their Way Into Our Homes

Texas rodents are opportunistic creatures that will capitalize when they can gain access to a home in search of food, water, or shelter. Many tiny rodents, such as house mice or deer mice, will infiltrate homes through small openings that often exist around the exterior base of the structure. For example, a crack might develop from excessive moisture accumulation in the soil below or the growth of tree roots near the home that requires filling using caulk or sealant.

Gaps often exist below exterior doors that may allow entry. Consider installing sweeps that span the width of the door that will block access. Other points of access might include exterior vents or gaps that exist around entries for utility lines that need covering using a type of screen or mesh-like material.

Roof rats are a pest that uses their excellent climbing ability to access upper areas. Here, homeowners must keep tree branches, large shrubs, and other objects trimmed back away from the structure. Remember that chimneys should also have a type of coverage that will impede access.

Aside from implementing exclusionary measures that will physically limit the likelihood of rodent intrusion, homeowners must also limit attractants—primarily sources of food. For example, promptly place leftovers in the refrigerator or tightly-closed containers and never leave dirty dishes or uneaten bowls of pet food out overnight.

Effectively managing trash inside and outside of the home is also important. Always place bags containing food scraps in containers with tightly-fitting lids.

The Most Effective Rodent Control For Your Home

Homeowners in need of rodent control in Houston should seek professional assistance when struggling with an infestation involving mice, rats, squirrels, or other undesirable and potentially dangerous pests. Modern Pest offers complete residential and commercial rodent control in Houston by following a proven three-step system that begins with performing an exhaustive assessment of the premises.

Next, our trained technicians may deploy types of trapping solutions or baiting systems when treating homes with rodents. After ousting existing rodents, our specialist will identify areas that require cleaning, disinfection, or repair for your and your family's safety and to prevent subsequent intrusions.

During this visit, we will identify and remedy other potential points of entry using durable materials. Keep in mind that our organization stands behind the quality of our work with a satisfaction guarantee. Contact us today regarding an inspection. Remember to ask your representative about our Modern Plus, Signature, and Signature Plus year-round pest protection plans that feature quarterly treatment visits from a trained member of our team.