Home › Blog › Why Cockroaches Are More Than Just A Nuisance

Why Cockroaches Are More Than Just A Nuisance 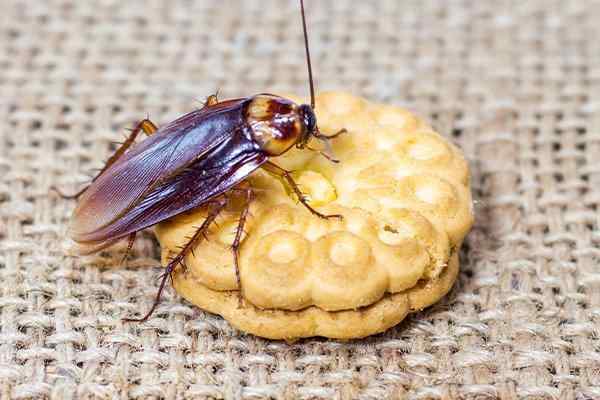 Everyone knows that cockroaches are vile insects. They scale walls and silently disappear into cracks, make little clicking noises as they scatter across the floor, and they can scare the wits out of you when they suddenly scuttle out from under your stove or any other dark, hidden place. Yes, everyone knows cockroaches are vile, but did you know that they are also harmful to your health and wellness? In the Houston area, we mainly deal with these three species of home-invading: German cockroaches, Asian cockroaches, and Oriental cockroaches. In this blog, we’re going to discuss why cockroaches are so harmful, but first, we want to provide you with a little bit of information about these pests!

German roaches have flat, tan or light brown colored bodies with two distinctive black stripes that run horizontally behind their heads. They have two sets of wings but are rarely seen flying. Asian roaches are nearly identical to German roaches, both in size and with the two dark stripes behind their head. However, are adept fliers that are capable of sustained flying and are often seen flying, unlike German cockroaches. Oriental roaches are glossy black, slow-moving roaches that give off a musty, foul odor. These roaches cannot climb vertical surfaces or fly, though they do have wings.

Since all roaches travel through disgusting places, when they invade your home and walk around on your kitchen counters and in your pantry areas, it is no surprise that they can transfer harmful, disease-causing bacteria. A few of the filthy areas roaches are commonly found include dumpsters, garbage piles, sewers, compost heaps, trash cans, and animal excrement. The following is a list of some of the health risks that cockroaches bring with them when they invade human dwellings.

If you are seeing roaches inside your Houston home, don't wait another second to get rid of them! If left alone, roaches can multiply quickly and become even more difficult to eradicate. While there are some DIY methods of keeping roaches out of your home, once an infestation has been established inside your home, the best course of action to eliminate them is to contact a professional pest control company to rid your home of these disgusting pests and make your home feel like home again. Reach out to Modern Pest Control today to learn more about our residential pest control options.