What Types Of Ants Are Common In Texas?

Ants appearing in your home or on your property can leave you wondering about the severity of the problem and how to make it go away. If they're crawling around in your kitchen by the hundreds, you may be scratching your head, speculating about what lured them inside. When you see them creating mounds near your walls, it can have you worrying about the species - is it a carpenter ant damaging your home from the inside out, or is it a fire ant ready to sting you or your children?

At Modern Pest, we’re here to help educate you about your ant problem and provide possible solutions to make your ant burden a thing of the past.

Determination of the type of ant, behavior of species, and severity of the problem will help you work with a licensed exterminator to make a plan for ant control. Furthermore, different species will affect your health and property in different ways. 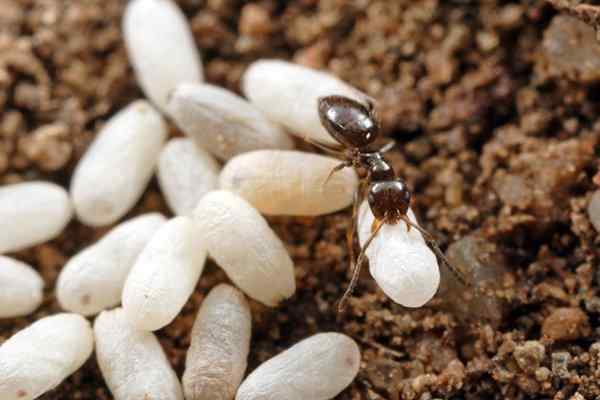 The red imported fire ant is not an ant species native to Texas. Rather, it was originally introduced to the United States from South America. These ants are dark rust-red in color and can reach up to ⅜ inch in size.  They typically build their mounded ground nests outdoors in areas that get a fair amount of sun.

Unfortunately, these pests have no known predators, and can thus grow in numbers exponentially once they find a place to build their colony.  If they perceive a threat to their nest, the red imported fire ant will attack and sting people, wildlife, or even machinery. If stung, they will leave behind a red welt that can last for up to a week.

The Rover ant is not an ant native to Texas. In fact, it’s a fairly new Texas ant species that found its way to the United States from Argentina and Paraguay. Very small in size, rover ants are pale yellow to blackish-brown in color and have relatively large eyes compared to the size of their heads.

Though they are not aggressive in nature, rover ants do have a tendency to invade properties in large numbers. They are attracted to moisture, and thus build their colonies around rot or fungal decay.

This Texas ant species is most active during the spring and summer seasons. Unlike other types of ants in Texas, they are not particularly aggressive in nature. However, they are still capable of becoming quite a nuisance. Rover ants are fast and difficult to control; They will travel great distances and invade properties quickly and in large numbers.

First discovered around Houston in 2002, tawny crazy ants (also known as Raspberry crazy ants) arrived in Texas from South America.  Among the smaller types of ants in Texas, the Tawny Crazy Ant is only about 1/10 inch in length. These ants are reddish-brown in color and are most recognizable by the way they move.  Rather than traveling in a straight line, these small, uniformly-sized ants follow a zig-zag like pattern.

Since they became among the many types of ants in Texas, tawny crazy ants spread quickly throughout the southern part of the United States. They often show up on properties in large numbers. Their plentiful population along with their ability to bite (they cannot sting) creates a nuisance for landowners. If they make their way indoors, they will often nest in or near electrical equipment damaging the wiring and functionality of televisions, DVD players, light fixtures, and other electronic devices.

Carpenter ants are among the ants native to Texas.  These large black ants grow to be ½ inch or more in length.  They prefer moist, humid environments and will infest homes while developing and expanding their colonies.  They are often mistaken for termites (and vice versa). However, unlike termites, they do not eat wood. Rather, carpenter ants tunnel through wood to create galleries, and in the process, they leave behind piles of sawdust or “frass” on the floor. This Texas ant species can cause extensive damage to your home or property if left to its own devices.

Yes and no - it depends on the species.  Some ants are quite dangerous to humans while others are just a nuisance. Some species of ants in Texas are capable of biting or stinging people, pets and wildlife. These red welts are uncomfortable and, though rare can cause allergic reactions in people.  Other species of ants in Texas damage machinery, equipment, and electrical wiring which can be dangerous and costly to repair.

Where Do Ants Nest?

Like other pests who make their way onto your property or into your home, ants are in search of food, water, or shelter.  Where an ant builds its ideal nest depends on the species.

Yes, we do! When you contact Modern for ant control in the greater Houston metropolitan area, a licensed pest control technician will inspect inside and outside of your home or business to identify the ant species, source of the problem, and the severity of the infestation.  Then, our exterminators will work with you and your schedule to develop a plan of action to eliminate the ant infestation permanently. Visit our ant control page to learn more about our five-step process for getting rid of ants or simply contact us for more information.

How Can I Prevent Ant Infestations?

Preventing Texas ant species from infiltrating your home or property starts with making conditions for ants as unappealing as possible.

How Do You Keep Ants Out Of Your Houston Home? 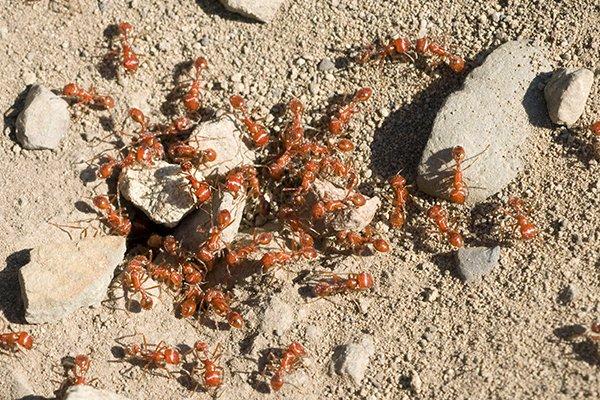 Why Have Fire Ants Taken Over My Yard In Spring, TX?

Fire ants get their name from their ability to sting and cause a burning sensation in those they attack. Read on to learn more about these fiery in... 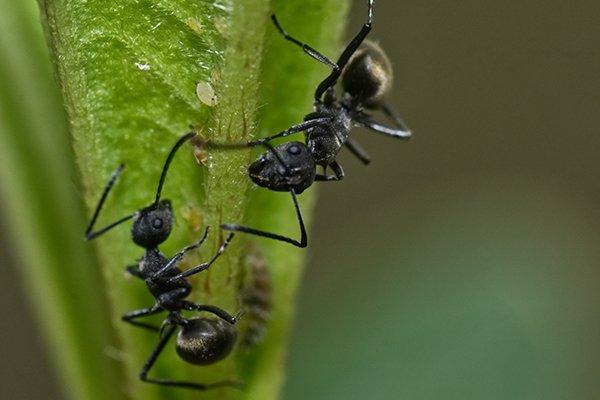 Don’t let ants take over your home. Hear what the experts at Modern Pest Control have to say about this pest.... 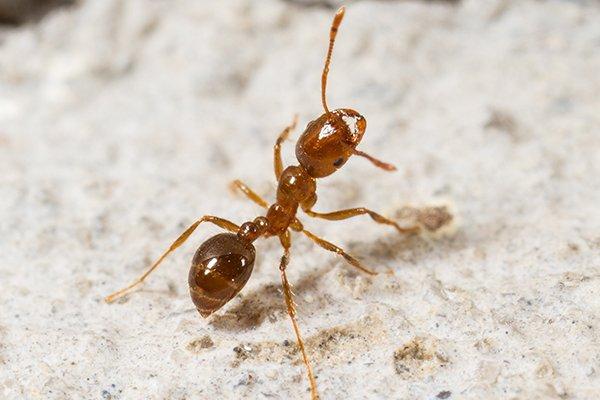 Should I Be Concerned About Fire Ants In My Cypress Yard?

Have fire ants invaded your yard? Find out why fire ants are so dangerous to people and how to eliminate them from your Cypress, TX  home once...