Home › Blog › How Do I Know If I Have Termites In My Spring Home?

How Do I Know If I Have Termites In My Spring Home? 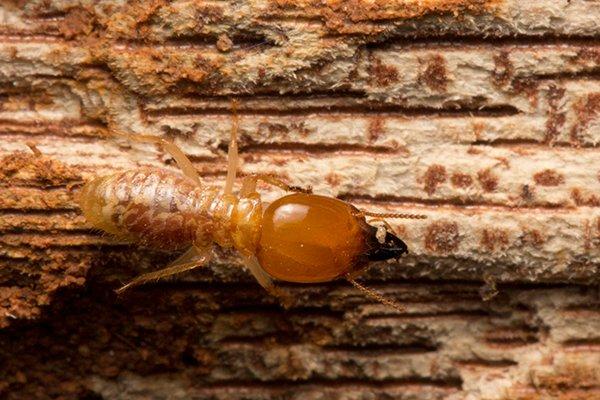 Finding the ideal home can be complicated. Depending on the state of the market, there might not be as many available as you hoped. If you come across a property you like, the neighborhood could be undesirable for one reason or another. For instance, the surrounding schools aren’t up to par. In many cases, people aren’t able to get their dream abode because the price exceeds their budget, or other folks purchased it first. The particulars of the space may mean you have to make some modifications, and that has to be paid for as well. Once all is said and done, you’ll want to hold onto your home as long as you can. Pest control In Spring is one vital way to do that.

People believe that pest control is needed situationally when insects and creatures make themselves known. This simply is not true. You’d be surprised to learn just how many species won’t be visible to you. If they’re relatively tiny or usually conceal themselves in a spot that’s out of view, they could multiply without you realizing it. Randomly, you could discover that the pests have eaten your books, clothes, or bedding. Structural ruin is also a great possibility. Wreckage may be at the beginning or peak of havoc. Of course, the latter scenario is direr. There’s also cause to worry about health, as most pests have germs, communicate diseases, or trigger other complications. Termites are some of the worst critters to have around.

An estimated $5 billion is spent each year on termite treatments in America. This collective figure also encompasses deterrence products and recovery efforts after evidence of termite damage. The insects ordinarily sit behind walls or soil, so they aren’t detected right away. It’s highly uncommon for insurance companies to provide relief assistance. Most programs don’t even include coverage for these bugs. The rationale is that related disasters are considered preventable. By understanding the signs of termites inside your house, you’ll know when there’s trouble. You can learn how to avoid these critters and the best course of action. Modern Pest Control can help you with advanced interventions that you won’t get anywhere else. Keep on reading for all of these details.

The first thing you should know about a termite colony on your Spring property is that it will have three segments: workers, soldiers, and swarmers. Workers certainly live up to their name, as they have the most time with wood; they are constantly whittling it down. Soldiers are demonstrative of their title too. It’s their job to protect others from the threat of fellow pests. Ants are the most consistent of their enemies. Soldiers use pheromones to interact and their large mandibles to attack. These insects also have rectangular heads. Swarmers have a reproductive role; generally, the winged bugs are much bigger than workers and soldiers. When mating season approaches, they’ll depart from nests. Should they spot any windows or fixtures, they will land there. Light sources are desirable to these active termites. Cocoons being full inspires their exits as well.

There are several species of termites. Here’s information on a few local types:

Once termite eggs are hatched, the larvae go through several molting cycles. Nymphs will ultimately grow into workers, soldiers, or swarmers. Queens can survive for up to 10 years. The rest will live for one or two years. Batches of swarmers are up in the air for days; however, only the first two days roughly will be intense.

What Are Signs Of Termites In My Home?

Since swarmers are the only termites in the colony that are likely to be seen, they are among the critical signs of termites inside your house. Remember that these bugs usually surface when it’s time to create a new nest. With that in mind, one is already in development on your property. Swarmers aren’t an initial clue.

Other significant indicators are:

You can’t beat an infestation of active termites if you don’t know how they begin. A substantial portion of invasions involves wood that is lying on soil. For example, if you have lumber boards sitting on the ground, it will magnetize these pests. They can go deep into the material and will not be seen. If you take the lumber inside your home, termites will have the opportunity to disperse to wood trim, flooring, foundations, furniture, and more. If affected plates are used to construct a domicile or establishment, that location may be doomed from its inception. Another way termites can infiltrate is by crawling into cracks and crevices in the structure.

As termites disintegrate wood, the bases of your residence will become frail. Your walls and flooring will deteriorate too. Once they’re thin and flimsy, danger can abound. With a collapse, you or someone else could be severely hurt. At the very least, items may get broken or destroyed; it won’t be a safe environment at all. Things might be so bad that you’ll have to contemplate relocation. A temporary move could turn into a permanent one. Again, endeavors to fix your home will get extremely expensive.

Thinking of health, termites are not vectors or carriers for disease; this is a positive, but there could still be health struggles. Breathing in a place where their skin or carcasses are around might agitate allergies.

Can I Get Rid Of Termites On My Own?

This might sound odd, but termites have nutritional benefits for humans. In many places around the world, these pests are eaten as a delicacy. The earth gains something from them as well. When they reduce wood to rubble, the process lets out nutrients into the ground; the soil is replenished. In the end, the trees and plants that lean on it will flourish smoothly. Though termites have their function, they cannot be allowed to thrive in residential and urban zones. Many people will pick up pesticides from stores or attempt “do it yourself” techniques to try and get rid of these bugs. These options are a waste of time, energy, and money for many reasons.

Most shelf goods and independent avenues are only intended for use in the short term. They aren’t formulated to address infestations or widespread issues. Any improvements you see will be temporary. Recurrently buying items and hoping to eradicate mass populations over a period isn’t cost-effective or wise; moreover, entry points will not be eliminated. You’ll repeatedly have complications if critters can still get in. These products are a risk to humans, domestic animals, and vegetation. You never know how the chemicals or any chemical reactions will affect things. The instructions printed on labels can be hard to follow, which may lead to improper use. Besides, the response to treatments isn’t uniform for all termite species; each has to be handled uniquely.

Some of the “at home” methods that are popular are:

Here are steps you can take to prevent evidence of termite damage that isn’t as complex and precarious:

You must understand that there are no quick fixes for termites, whose colonies are massive. Professional approaches are the only way to conquer these bugs.

How Does Professional Termite Control Work?

The termite treatments we offer at Modern Pest Control are of superior quality; they are also much safer. First, we’ll send a licensed technician to your property. They’ll use their expertise to identify vulnerabilities and hubs of termite activity. Sentricon® stations with Recruit HD bait will be installed into the soil. Once the bugs absorb the material, they’ll take it back to their nests and unknowingly wipe themselves out. The Sentricon® System employs strategically located active ingredients, making it less chemically harsh than liquid treatments. Gallons of strong substances can be in fluid solutions. Call or email us today for a free inspection! We can terminate a termite colony on your Spring property!