Why Professional Cockroach Control Is Best For Houston Homes 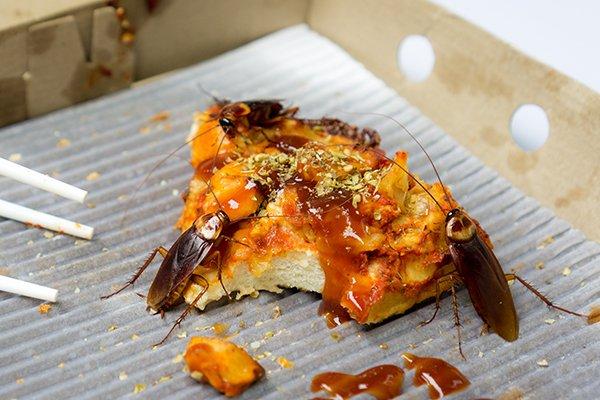 It takes a lot to acquire a home. One of the first things you might do is research where available properties are. Then, perhaps you’ll look into the neighborhoods to discern the quality of security, schools, jobs, shopping centers, entertainment venues, and more. After settling on a location, you have to crunch numbers and check real estate agencies to pursue obtaining the space. Once you finally move in, you might have to spruce things up. Given that it’s quite the process to have a home, you must do everything in your power to preserve your asset. This includes having pest control in Houston.

Many people don’t think about pest control services until insects and creatures have appeared. This isn’t the wisest move for several reasons. Several species can come indoors and form nests without being immediately seen. They could be small enough not to be spotted or hide in a corner that’s hard to reach. Meanwhile, the critters might be tearing your belongings apart—for example, clothes, furniture, or documents. Loads of creepy crawlers can damage structures. The destruction may not be overwhelmingly apparent until later on. When you think the threats couldn’t be any worse, you’d have to worry about your health. A great majority of pests, like cockroaches, harbor diseases or germs that set off human illnesses.

To avoid the perils that come with local cockroaches, you have to put a concerted effort into managing them. This isn’t an easy feat because the bugs are very hardy. Even if the weather is particularly hot, cold, windy, or stormy, they’ll live through it. They also can survive on tiny bits of food; a shortage won’t faze them. It’s tough figuring out how to keep cockroaches away because they can get past small openings.

Further, they reproduce at an accelerated speed in substantial numbers. You can’t assume that the tidiness of your residence will be an immunity against cockroaches, either. They’ll violate any building. Find out how you can deter the insects and what Modern Pest Control can do to help. We have exceptional cockroach control products and tools.

Why Cockroaches Are In Your Home

There are three main reasons why cockroaches enter homes: food, water, and shelter. While these pests can go without significant portions of food for an extended period, they’ll eagerly consume anything they find. Water nourishes them, and some subtypes heavily rely on it for survival. Of course, shelter can provide coverage from less than ideal conditions. In addition, warmth is conducive to their comfort and procreation. Cockroaches gravitate to dark, damp, and humid interiors with all of this in mind. You can expect to catch them in basements, cabinets, sinks, kitchens, bathrooms, laundry rooms, and the like.

Seeing these critters during the day strongly suggests a notable problem because their peak activity time is at night.

Other signs of a cockroach infestation are:

Oriental, American, and German cockroaches are three of the dominant species in Houston. The latter has a reputation for frequently infiltrating human dwellings. Oriental bugs are compact and 0.98 of an inch long, and polishing seems to be on their black or reddish-brown skin. Their wings aren’t usable, and they aren’t very mobile. Climbing isn’t a skill of theirs. Scooping or swatting them is relatively simple because they move slowly. You’ll likely discover these pests by utilities. Their affinities for storm drains, gutters, and similar are why they’re occasionally called “water bugs,” such places are how they get indoors. They stay close to the floor upon getting settled in, and you can anticipate observing them under sinks and appliances. Oriental cockroaches are foul-smelling.

American cockroaches did not originate in the United States, but now they’re widespread. In adulthood, they are 3 inches long or more and mahogany or reddish-brown. Lighter tones outline their figures and in the rear of their heads is a yellow mark that looks like the numeral eight. They have a pair of wings, but they can only get across short distances or glide downward. These critters will be around mulch, gardens, flowerbeds, trees, and sewers, preferring the moisture and warmth of outdoor settings. However, they’ll violate your abode if they are low on water or food. Paper and fabrics are two things they ruin.

Young German cockroaches are black-colored and don’t have any wings. As they age, they become brown or tan with the ability to take flight. Despite this, these flat insects will run first; they aren’t devoted to being in the air. Their frames are 0.51 to 0.62 of an inch long and are decorated with two black horizontal stripes. All bugs in this class have dark stripes in the back of their heads, regardless of their position in their life cycle. If they don’t crawl through holes in foundations or utilities, they might be carried in with boxes, bags, and furniture. German cockroaches are scavengers and like to be in such items.

Why You Don't Want Cockroaches In Your Home

Most people don’t want cockroaches on their property because they’re ugly and startling. It’s natural not to like a bug suddenly crawling on you or in your personal effects. Seeing one as you pull back the shower curtain or the covers to your bed is enough to give anyone the shivers. Flipping the light switch on to find an insect dashing along a loaf of bread would be a nightmare. Another rationale for hating cockroaches is that they can be off-putting to guests. Few would want to visit if they knew critters were rampant.

The biggest issue with cockroaches is that they aren’t good for human well-being. These insects scurry about with cells of bacteria on their skin. Microbes will undoubtedly be in their saliva, as well as their urine and feces. If they don’t have germs organically, they will accumulate them in unsanitary environments. They are drawn to such sites because they have plenty of the resources pests need to thrive. For instance, dumpsters are normally filled with food, drink bottles, soiled diapers, and toiletries. Sometimes, animal waste and carcasses are close by too. The same can be said for alleys and wet gutters. Cockroach legs have very sticky spines, and when they crawl, particles, liquids, and objects can latch on. Unfortunately, this doesn’t exclude bacteria, fungi, mold, and dirt.

From the moment a cockroach is in your home, they can contaminate anything they come into contact with. You can’t dictate whether or not a cockroach will spit, urinate, defecate, or release its chemicals and secretions. You can’t ensure that they won’t have debris from the outside. Counters, shelves, and other surfaces may be tainted, and food could be compromised. Should you touch or ingest something that is affected, there’s a chance you’ll become ill. These pests have been linked to 33 types of bacteria, six parasitic worms, and an estimated seven human pathogens.

Being in quarters infested by cockroaches can lead to specific complications for those with allergies, asthma, and adjacent respiratory disadvantages. Exposure to cockroach exoskeletons, carcasses, and dead skin can aggravate these medical problems, and children are especially vulnerable. Allergic reactions may involve itching, swollen eyelids, and breathing difficulties. Dermatitis is also a possibility, which is essentially an intense skin rash. Soreness, swelling, redness, and blisters are symptoms.

Homeowners can be hesitant about having professional pest control services to handle cockroaches. They presume that the prices will be on the steep end. Concerns that the treatments will be hazardous to humans and domestic animals are common thoughts as well. The lawn will probably have to be addressed since obstacles with cockroaches, and other creepy crawlers tend to begin outdoors. Residents may stress about their vegetation being hampered or killed.

Houstonians will try commercial insecticides or other shelf goods to escape the assumed drawbacks. They’ll also explore “do it yourself” DIY techniques.

Three of them are:

Independent methods aren’t as inexpensive, safe, and effective as many may believe. Repeat purchases are needed because one application won’t be sufficient for an infestation. Actually, no amount will ever do the job because most items are intended for temporary use. From the start, their effects are projected to be short-term. Not to mention, they won’t address insect entry points. Signs of a cockroach infestation aren’t guaranteed to be curved by solo tactics. Again, these pests are formidable and can be resistant to various treatments. The results can fluctuate based on species as well. The chemical ingredients or reactions with solo tactics might be too toxic for you or your pets. Misuse may occur because product instructions can be confusing.

It’s best to rely on preventative protocols rather than concoctions and retail items. This is how to keep cockroaches away on your end:

You might consider these tasks arduous and time-consuming, but they could make a difference. Your property will be less welcoming to cockroaches.

Why Professional Cockroach Control Is Best

We at Modern Pest Control have advanced cockroach control products that are industrial-grade. While our interior and exterior treatments are superbly effective, they are also safe. Our expert technicians will advise you on future deterrence as well. All of our affordable plans come with recurring visits and year-round protection. Call or email us today for a free inspection!